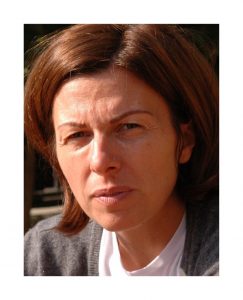 In March 2001 a Canadian organization called WRED, Women and Rural Economic Development, contacted me to produce a program to reveal hidden strengths in women. My team and I had spent three years developing a series of NLP techniques to cast-off constraining beliefs and reveal liberating natural-born strengths. We called the program Purpose Quest and it revolved around finding your “Statement of Fortune;” a short unique phrase drawn out from deep inside you. This Statement spells out precisely how you were born to help the world go around and how to make it happen. Although the techniques were developed for all types of people, WRED aimed their program at women living in particularly belligerent surroundings. Finding their Statements of Fortune proved so awe inspiring many of the women’s lives were changed forever. Tears of joy and dropped jaws reinforced a growing body of research that suggests experiencing awe can lead to a wide range of benefits from happiness and health to confidence, generosity and humility.

Susan attended one of my You Rule Workshops as a condition her being able to collect a helper’s allowance from the Provincial government. She was born on a farm 30 miles north of Toronto. It was her duty to cook, clean, shop and wait on her mother, father, brother and uncle as well as help them out around the farm when things got hectic.

A troubled woman in her late 30’s Susan was at her wits end: insecure, depressed and anxious. When asked to give me 10 words to describe herself the first words out of her mouth were, “I’m an aggressive, angry bitch, or so I’m told.”

An hour later we’d accurately reframed these 3 words plus 7 more Susan gave me to describe herself, and she had an Epiphany. When we flipped ‘aggressive’ to ‘stimulating,’ ‘angry’ to ‘quick-witted’ and ‘bitch’ to ‘having high standards’ she realized how over the years the people in her life had messed with her self talk, flipped her strengths upside down and had her believing all these negative things about herself. No wonder a stimulating, quick witted woman with high standards, living as she did, was told over and over she was a bitch.

Sooner or later we start to believe what people say. But Susan had an epiphany that day as we revealed her Statement of Fortune, a simple 4 second statement encompassing what she was born to do, how she does it, why she is unique, who she does it for and how she adds value to other people.

Six years later I was giving a keynote speech at The International Plaza in Toronto. Walking through the convention center someone called me from behind.

“You don’t remember me do you?”

The woman looked familiar. “Help me out here,” I said.

We hugged. “You look amazing. What are you doing here?”

“I manage three departments at the Ministry of Agriculture now and they’re all running events here today.” Susan’s had crossed her Epiphany Bridge to a new future.

At 45, Ben found his Statement of Fortune at one of my workshops in Nashville. He surprised everyone when, not long afterwards, he chucked up his career as a financial analyst, raised three hundred thousand dollars through grants and sponsors and opened an authentic traditional bakery staffed, more or less exclusively, by more than forty people in their early twenties who’d been in trouble with the law. Ben turned up one day unexpectedly at the beginning of a new class in Atlanta and asked to address the group. Here’s what he said.

“The reason I drove all this way today was to share with you something that I did wrong when I took this workshop with Nick two years ago. I resisted. When I got the words right, after spending hours asking questions and writing out pages and pages to end up with such an obvious phrase, I actually said out loud to the whole group, ‘You mean to say I actually paid money to end up with something so trite and simple. I expected more than this: it can’t be right.’ But I’ve come to tell you it was right. It was simple, so simple I couldn’t believe it. Nick told us all it could take up to a year for what we’d done that day to fully click, to go right into our systems and affect us, and for us to get it.

I left feeling cheated. But, less than two weeks later I woke up one morning and found I was crying. I crept into the bathroom and looked in the mirror at this guy who was me, and this voice from inside me just kept whispering, ‘Oh my God, oh my God, oh my God.’ And I got it! I was crying with happiness and I couldn’t even put into words what I’d got.” Everyone in the room was staring at Ben. He continued.

“Your epiphany will be simple, it will be obvious, it is powerful and it will set you free. I also came here to warn you that if you tell your words to anyone else outside of this room before you “get it,” before they dawn on you, you’ll dilute the power and they will seem nothing and trivial. They are words that belong inside you, inside your mind, not outside and spoken, they are trivial outside you.

When you have your phrase it will be your secret source of power that can guide and inspire you for the rest of your life, in all the decisions you make, not just in your work but on all levels of your life: your direction, your relationships and where you are going to live. It will be your sorcerer’s stone.

Once you get it, everything falls into place in ways that even Nick’s metaphors can’t explain. Everyday miracles happen before your eyes – things just fall into place. In the beginning you notice them. After a while they just become part of your unfolding, part of how you help the world go around.” He seemed to come out of a trance. Ben looked around and smiled.

“The four words that changed my life,

I feel comfortable sharing them with you here today because I am living them. They are my purpose, my people, my project and my passion.”

Discover the Power and the Glory of You